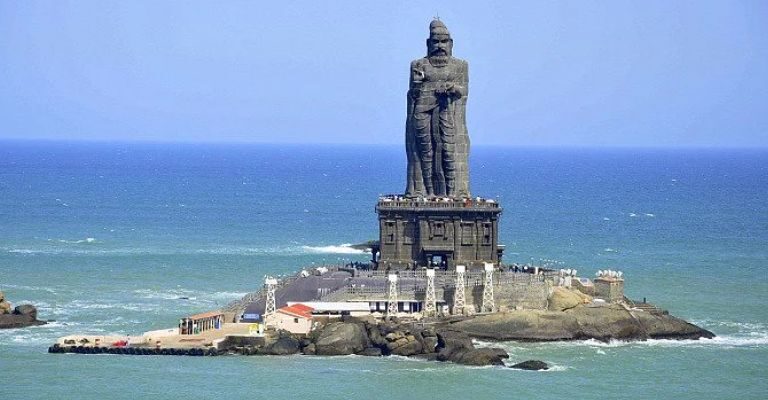 Kanyakumari, the southernmost point of Peninsular India, is a popular tourist destination with significant monuments of history, religion, by uplifting the environmental value. It is much-liked by environment enthusiasts and animal photographers because of the beautiful sea, liturgical people, and adherents of Hinduism because of the historic sites and sacred locations. It would therefore be accurate to claim that Kanyakumari meets the needs of all kinds of travellers. Do you have any knowledge on the past of this lovely town? Kanyakumari, which is in the state of Tamil Nadu, has a history that dates back to the Sangam Period, which preceded the Common Era. Reach out to the best hotel in Kanyakumari, the Hotel Temple Citi to make your stay comfortable and to know the historic events of the land.

This land has been ruled by a number of dynasties over the years, from Cholas till the Pandyas. Millions of people visit Kanyakumari each year and emerged as a tourist destination over the time. The following details regarding this historically significant town is truly majestic.

1) Situated At A Lovely Conflux

Are you aware that Kanyakumari is ideally situated at the meeting point of three oceans? The Bay of Bengal, the Arabian Sea, as well as the Indian Ocean’s. All this magnificence can be enjoyed in a single frame. As a result, it is a much loved vacation spot for photographers and environment enthusiasts. After all, such a convergence cannot exist elsewhere in the world. Don’t you feel compelled to choose Kanyakumari as your next stop as a result?

Unquestionably, the Bhagavathy Amman Temple, also known as the Kanyakumari Temple, is a widely respected pilgrimage attraction in this area and receives millions of visitors each year. To everybody’s surprise, the temple is thought to have been constructed by Lord Parshuram and dates back 3000 years. One of the nation’s Shakti Peethas, the temple is devoted to Goddess Kanyakumari, a manifestation of Goddess Parvati. As a result, it is constantly crowded with Hindu pilgrims. While visiting Kanyakumari you can stay at Hotel Temple Citi, one of the best hotels at Kanyakumari for a comfortable stay.

Has Marunthuvazh Malai ever come up? If not, allow us to inform everyone that it is a hilly area outside of Kanyakumari that is purported to be the source of life-saving Ayurvedic plants. According to mythology, Lord Hanuman dropped it while travelling with Sanjeevi Hills to heal the implicit Lord Lakshman. As a result, it is regarded as being a component of Sanjeevi Hill.

Kanyakumari wouldn’t be the best place to go if you enjoy seeing movies in theatres and are a movie buff. It lacks a movie theatre despite being one of the most well-known and rapidly growing tourist destinations. Many think this might be the real beauty of Kanyakumari as you get some time to spend time with mother nature.

Hence, these are the major historical facts that you should know about this magnificent land. Choose Hotel Temple Citi, the one of the best hotels in kanyakumari near beach where you can completely enjoy the fullness of this land.