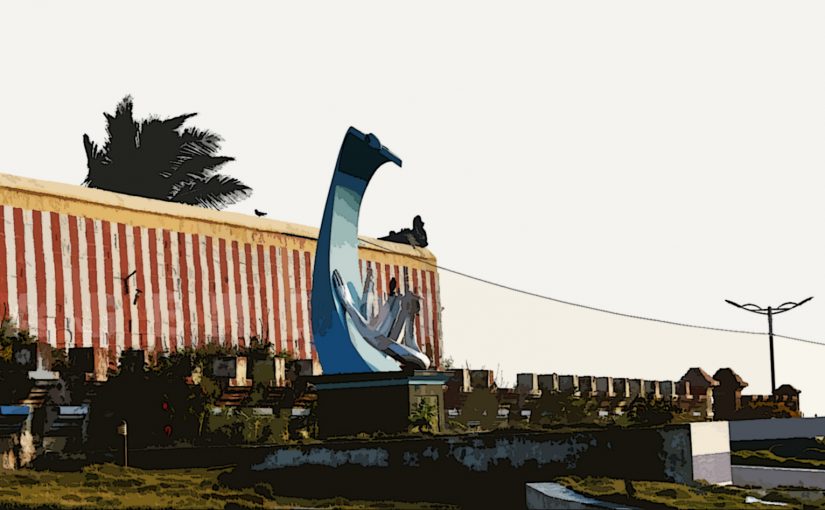 Tsunami Memorial Park is found very near to Bhagavathy Amman Temple in Kanyakumari Town. Kanyakumari the southernmost tip of India, was one of the several affected areas in the Tsunami that shook the world in Dec-2004. It was announced that around 10700 people from the state of Tamil Nadu, and with around 800 people from Kanyakumari lost their lives in the mass destruction that occurred from the enormous waves of the tsunami.

The Tsunami Memorial was later built on the seashore of Kanyakumari, in the remembrance of all those who lost their lives in the 2004 Tsunami. The Kanyakumari Tsunami memorial statue was designed and constructed by Shri. B. Kanagaraj Cangan. It is 16 feet raised blue stained sculpture made from steel. The statue shows a giant wave (tsunami wave) that is contained its position by a hand, while the other hand carries on to a lamp (similar in appearance to the south Indian lamps that are lit in Diwali in India). This lamp presumably indicates the lamp of hope that is kept from suppression from the tidal wave.

The plate below the figure recites ‘In memory of those who lost their lives in Tsunami on 26-12-2004’. Thousands of people visiting Kanyakumari pay homage to the Tsunami martyrs at this masterpiece when they visit the area. Tsunami Memorial is certainly a very special memorial in honour of the people who lost everything under the devastation destroyed by the enormous waves.

Take a stroll in the area; you will feel a feeling of total calm – and an understanding that nature ultimately predominates. Kanyakumari Town is well attached to major cities by road/ rail/air across India. Kanyakumari is positioned at about 20 Kms from Nagercoil, 13 Kms from Suchindrum, 33 Kms from Thuckalay, 47 Kms from Marthandam, 100 Kms from Thiruvananthapuram and 245 Kms from Madurai.

Being one of the best 2-star hotels in Kanyakumari near beach hotel temple citi is your best stay. the memorial is just a 7-minute walk from the hotel. you can take an evening stroll to the park and enjoy the evening sunset of Kanyakumari and pay your homage to the dead and enjoy the rest of the evening on the beach. 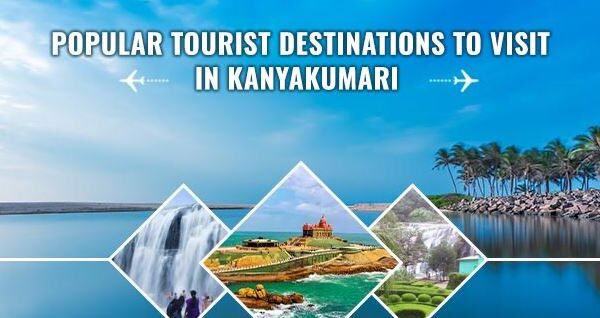 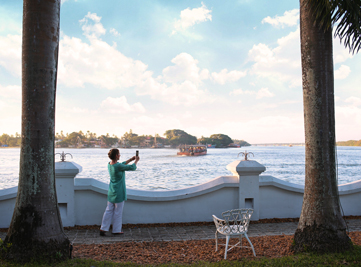 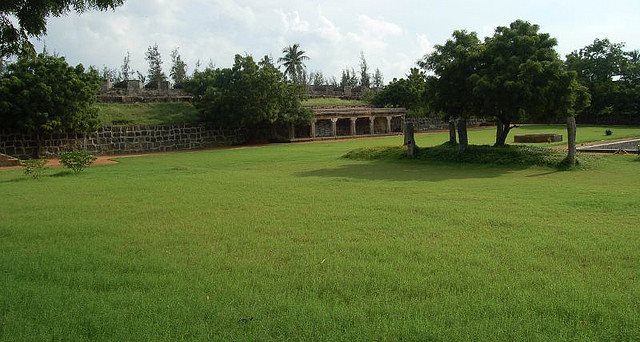